If it weren’t for double standards, Academy leadership wouldn’t have any standards at all.

This is from the the Facebook page for the USMMA Office of Student Activities.  It’s also from the “You couldn’t possibly make this up department”: 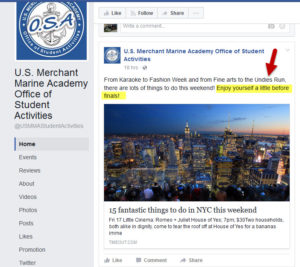 And so is the undie run (but not the House of Love, House of Yes): 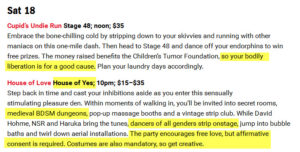 I’m thinking that a Superintendent Helis costume would be a big hit . . .