I just captured this screenshot from the USMMA.edu main page.

Note the juxtaposition:  A commercial ship; two female midshipmen obviously thrilled to be assigned to such a ship; and the caption, “The World is Our Campus.”

UPDATE:  I had been saving these screenshots for the proper occasion, and this seems like a good one.  I captured these screenshots on the USMMA.edu website back on July 21, 2016.  The photo was on the main page and linked to the news item on the communications page. The idea that the T/S Golden Bear would be featured on KP’s website beggars belief. 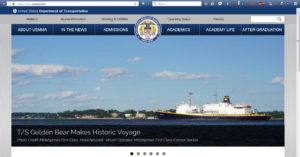 Of course, I couldn’t let that photo go without adding some editorial content (with a hat tip to my classmate who hired the “Save KP, Fire Engel” airplane to fly over graduation back in 1981): 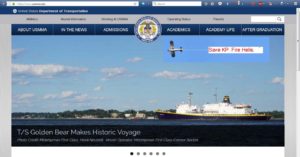 An update from the 2013 graduation: 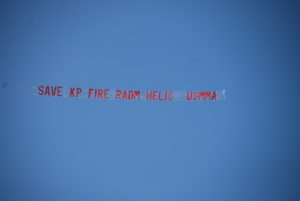